A publican’s wife has praised the Licensed Trade Charity for rescuing her son’s education and inspiring him to new academic heights by giving him an opportunity she says was “life changing.”

Richard Hamilton, a General Manager for Stonegate’s Slug & Lettuce chain, oversees its Canary Wharf bar having been in charge of its O2 premises previously. He applied with his wife Rebecca for a Licensed Trade Charity educational bursary when their son Henry was struggling at his local school, a decision which has had a major effect on the family.

Rebecca said: “To say the opportunity at LVS Ascot [in Berkshire] was life changing would be no exaggeration. Henry was at an outstanding school in Beckenham, Kent. It just wasn’t brilliant for him. It didn’t click, and he went on a downward spiral. He wasn’t happy and as a mum I could feel it. That’s horrible. He had poor friendship groups and low expectations academically.”

In April 2016 whilst Richard was managing the Slug & Lettuce at the O2, Rebecca came across an online article about how to send your children to private schools even if you can’t afford it and it mentioned the Licensed Trade Charity. 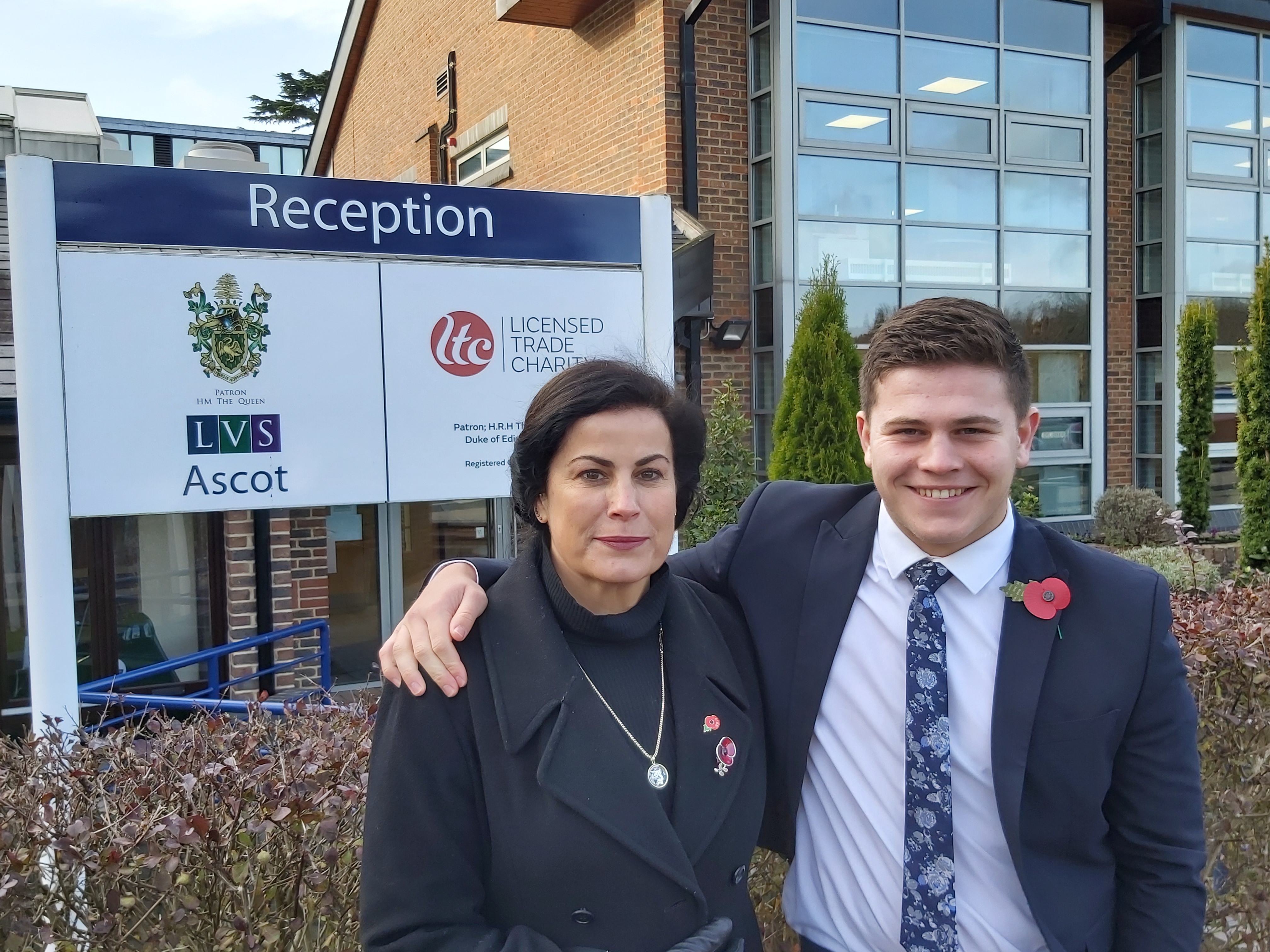 Rebecca continued: “I called the charity there and then and discovered that all pub staff with 5 years’ experience in the trade could get a 20% discount at LVS Ascot [day and boarding school], but that wouldn’t have been enough for it to be affordable to us. We were told to come and see the school anyway. It was such a relief to find the Licensed Trade Charity and that they wanted to help us. I couldn’t believe that anyone wanted to help us that much. From the moment I made the first call they were amazing, just unbelievable.”

“Henry came for a trial day here and we have never looked back. I spotted the article in April and by September Henry had started at LVS Ascot. There was the bursary process to go through including means testing but we were given a 95% bursary which meant almost everything was covered. The charity staff were amazing.”

Henry joined in the middle of his GCSEs, but repeated a year to do his whole GCSE studies from scratch at LVS Ascot, fitting in straight away. He went home for the weekend after three weeks and was like a different child. Before he was not happy, not confident, and walked around with his head down. After three weeks he was standing up straight, had become captain of the rugby team, had his confidence back and was making use of all the educational support going.

Rebecca praised the individual attention Henry receives at LVS Ascot as being a key driver in his academic improvement: “Teaching is more personal here, with smaller class sizes and better bonds with the teachers, which has turned his academic prospects around. The teachers make you want to learn, and believed in Henry so he started to believe in himself. It allowed him to start to do well in his GCSEs.”

From coming to LVS Ascot predicted Cs and Ds by his previous school, he ended up with 4 As and 3 Bs. He even got a 7 (equivalent of an A) in English, when in Year 7 he could barely read. One of the big changes has been the routine and the structure. In the boarding house they do two hours of prep each night instead of the 30 minutes he might have done at home. The school has thrown everything at him – 1 to 1 learning opportunities, all kinds of support, encouraging him to try hard subjects. Where he wanted to do well, they responded.

In summer 2018 he became Head of Boarding after a public vote across the school. He will hold the title until summer 2019 when he will give a leaving speech in front of almost 1,000 people at LVS Ascot’s President’s Day.

Rebecca summed up the whole experience by saying: “The difference the Licensed Trade Charity has made to the whole family is massive – it has given us a whole new perspective on life. Henry’s younger sister Madelaine also joined the following year, and their education is now one less thing to worry about having been a big concern.”

The Licensed Trade Charity also provides grants to those not looking for a new school but in financial hardship and in need of grants for school uniforms, laptops and trips amongst other things.

To discuss bursaries at LVS Ascot school, or find out more about educational grants, call the Licensed Trade Charity’s free 24/7 helpline on 0808 801 0550.