The Licensed Trade Charity held its AGM and Annual Volunteer Awards yesterday in Milton Keynes. The drinks industry as a whole was thanked for its support which allowed so much positive assistance to be distributed amongst current and former pub, bar and brewery workers in need.

Here’s the charity’s impact within the industry across 2017, as revealed at the AGM: 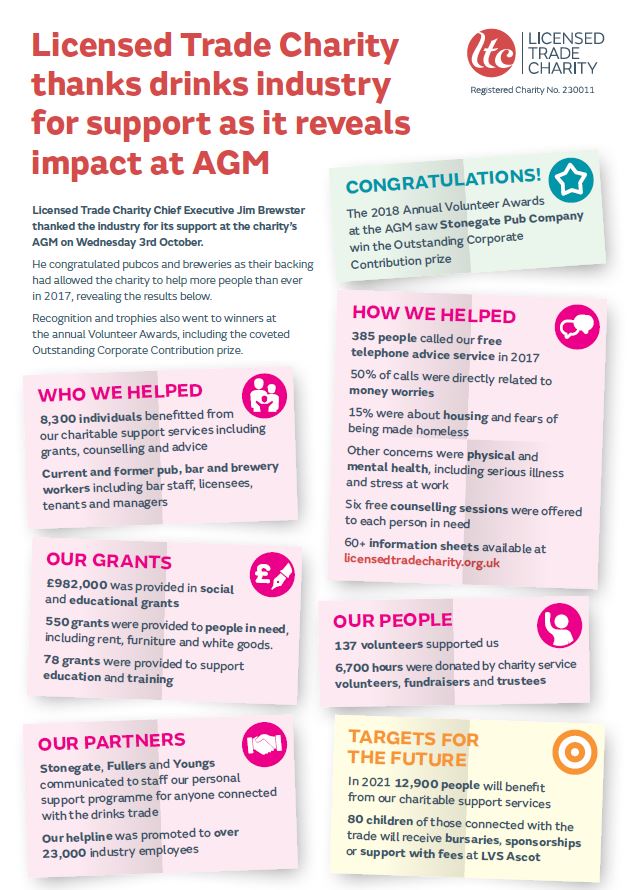