You can talk to us about anything.

Henry Hamilton was one of those who collected their results at the independent all ability school owned and managed by the charity and was delighted with his grades.

Henry, 17 and from Kent, received four As or equivalent and four Bs or equivalent, and will now stay on at LVS Ascot’s sixth form to study A-levels in geography, food technology and physical education. His father Richard works for Stonegate and runs the Slug & Lettuce pub in the O2 Arena in London and accompanied Henry to collect his results. Richard said: “Henry was struggling in his last school so my wife looked into his options and as I work in the trade we discovered Henry was eligible for an educational grant at LVS Ascot where he could study as a boarder. He has been here two years now and loves it. Since coming to the school his whole demeanor has changed and he is far more confident and happy.” 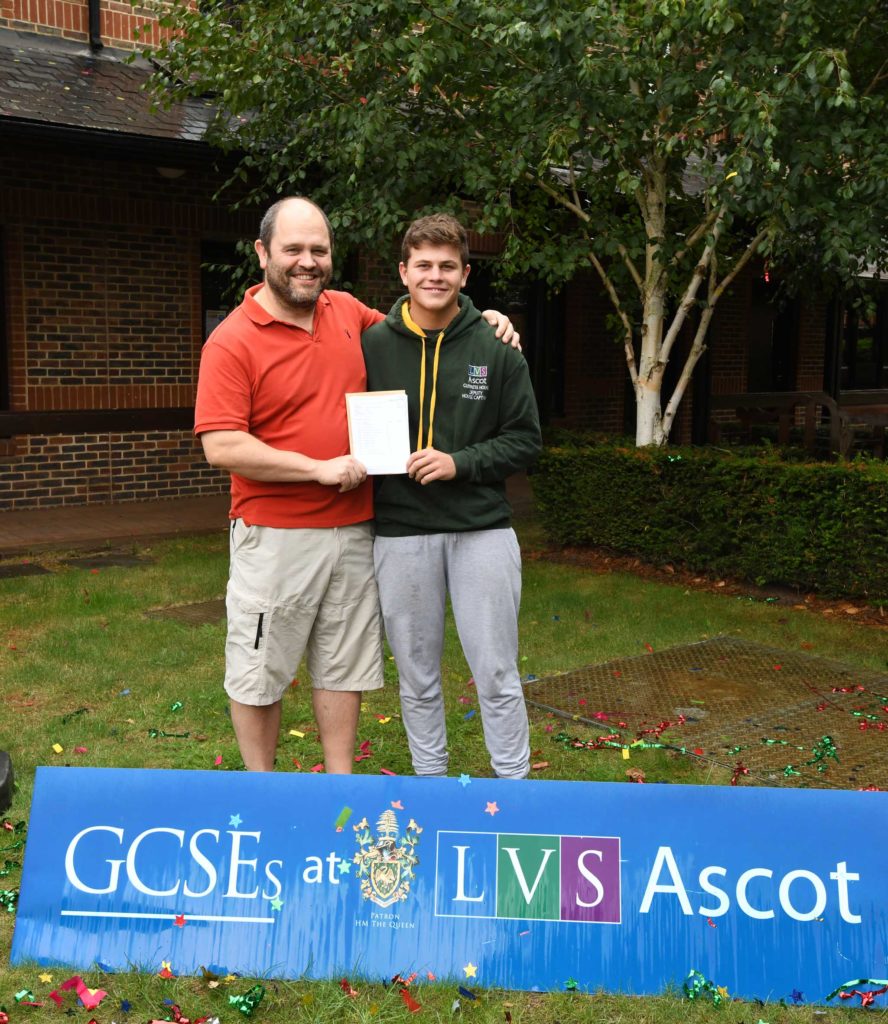 Henry also enjoys the sporting opportunities at LVS Ascot and at the school’s end of year awards ceremony in July, President’s Day, he collected the Scott Bat Prize for Most Improved Cricketer to demonstrate how he is excelling in other areas as well as academically.

The week before, a number of students on educational grants at LVS Ascot collected their A-level results, including Ian Dunlop. Ian, whose parents Alec and Hilary run the Barmy Arms pub in Twickenham, had been at LVS Ascot since he was 7 years old, and his A-level results helped him win a place at the British and Irish Modern Music Institute in London. Thanks to his 11-year education at LVS Ascot he will now go on to study a 3-year music production degree. 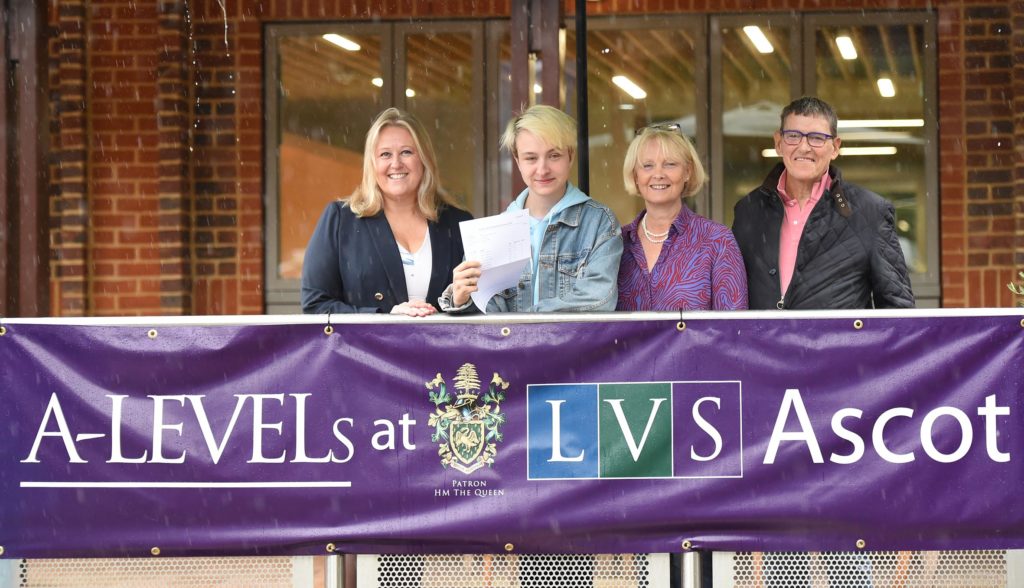 His mother Hilary said: “We sent Ian’s older sister Sophie to LVS Ascot also on an educational sponsorship, and she now has a degree and hopes to study a Master degree next. She loved the school and we were so impressed with it that we applied for a similar sponsorship for Ian.” His father Alec added: “LVS Ascot has turned Ian into a really well rounded individual. He and his friends there have become such confident young people.”