Golfers from around the country came together at Horsley Lodge Golf Club in Derbyshire on Monday 10th September to raise money for the Licensed Trade Charity in its national final sponsored by United Dental.

Regional qualifying events have been taking place since April, and nine heat-winning teams from as far afield as Herefordshire, Norfolk and Yorkshire took each other on in the grand final. After a tense but sporting 18-hole competition, the winning team of four were ‘No Probs One’ who won the Everards-sponsored Nottingham heat in April.

The regional heats and final helped the Licensed Trade Charity raise £10,000, which it will use to help pub, bar and brewery staff who need financial support for problems including housing, health and money issues. Captain of the winning team, Neil Sanderson, said: “We were delighted to win but also to contribute to the charity, as we have done for a number of years now. The Licensed Trade Charity does such invaluable work which it is important to support.”

Colin Hancock, owner of United Dental who sponsor the Licensed Trade Charity final, said: “We welcomed the opportunity to make a contribution to this worthy charity’s fundraising. As many people do, we make a living from our communities so it is great to give something back to those in need from the drinks trade who are experiencing difficult times.” 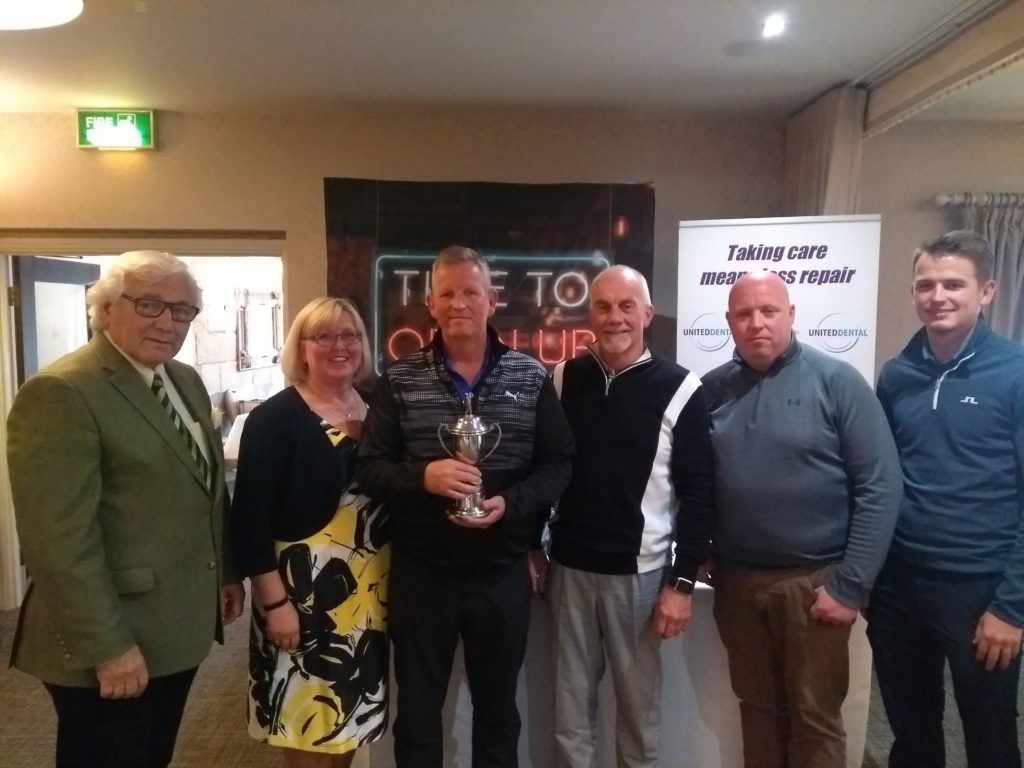 Financial support is just one of the valuable services that the Licensed Trade Charity is able to provide to those who have worked in the trade, along with a dedicated free helpline providing advice on health, debt and relationships, counselling, telephone befriending to combat loneliness and retraining grants.

The Licensed Trade Charity’s next fundraising event is a charity boxing evening on Wednesday 31st October. If you would like to support and enjoy being a part of this event at the Royal Garden Hotel in Kensington, including drinks reception, three-course meal and full boxing card, please email boxing@ltcharity.org.uk.

A full gallery of the day is available on our Facebook page.