Please note this page is currently being updated

This year we are excited to once again be able to hold our AGM & Court in person at the DoubleTree by Hilton Hotel in Milton Keynes.  For those people unable to attend in person, we will also be streaming it live via Zoom.

Everything you need to take part in this event below and a recording of the event will be posted here afterwards.

We’re very much looking forward to seeing you all, especially those of you attending in person.  After 18 months, its so nice to be getting back to some semblance of normality.

I look forward to welcoming you to our 2021 AGM.

If you have any questions please contact Paula Smith, Head of Marketing on 01344 884440 or email paula.smith@ltcharity.org.uk

Click this button to see our Trustee Report for 2020

Watch our new film which will be shown at the AGM

Noise – For those of you watching online via Zoom, please don’t be offended but everyone will be ‘muted’ to keep background noise to a minimum. 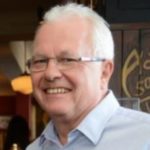 Mike has recently retired as the Chief Executive of the British Institute of Innkeeping and has taken on a Non-Executive role with them which also includes answering the pub helpline for them and the Pub Governing Body. Prior to this he was Operations Director for the Tenanted Division of Fuller, Smith & Turner, an independent pub retailer which operates over 380 pubs across southern England. Prior to his fifteen years with Fuller’s he worked for Allied Domecq for 23 years in various roles including free trade and as an area manager in the retail department.

He has extensive knowledge of the tenanted business having spent over 30 years in the sector. Mike is a Board member of the Pub Governing Body and Best Bar None and before that was former Chairman of the BBPA’s Future Pub Group.

During Mike’s time at Fuller’s they won two Publican Best Tenanted/Leased Pub Company (200+ sites) Awards. In 2015 he received the Publican Morning Advertiser’s Outstanding Industry Contribution Award and a similar award at the National Innovation and Training Awards in 2019.

Reason to become a Trustee.

“I believe my 40 plus years’ experience in the pub trade will serve me well. I know the majority of the senior staff at all of the main pub companies and believe I will be in a good position to offer advice to the committee that deals with requests for financial assistance should they need it. Living only 25 minutes from Ascot I will also be available at short notice should the Chairman or CEO need a Trustee to attend at short notice. Having spent so many years in the trade I also believe that by becoming a trustee it is a way of giving something back to a trade that has given me a very successful career.”